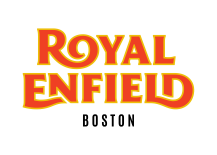 Ordering Outside of the U.S?

It has become a tradition that every year Ural Factory in Irbit, Russia comes out with limited edition series. In November 2011 Factory ("Zavod" in Russian) celebrated 70th anniversary of the legendary Irbit Motorcycle Factory and introduce two very special models: M70 with sidecar and M70 solo. This motorcycle pays homage to its veteran predecessor, the original M72. The M72 was essentially a copy of a BMW R71, the best sidecar motorcycle of the time. A rugged, all terrain motorcycle, capable of carrying three people and heavy loads, was ideal for mobile troops.The first M72's built by the Irbit Factory were sent to the front lines in February of 1942 and were used by the troops in the Battle of Stalingrad. 9,799 M72's served in reconnaissance and dispatch detachments, and were also used to evacuate the wounded from battle fields during the War.

A piece of Military History! From WWII to "Cold War" the Original M72 was the motor vehicle of Red Army. The total Anniversary Edition production run is only 30 sidecar and only 10 solo motorcycles. It is dedicated to those who built the first M72’s. It was a brutally cold November of 1941. The Nazis were at the outskirts of Moscow, preparing for the all-in assault on the Soviet capital. At the same moment, in a small town of Irbit, located on the eastern slopes of the Ural Mountains, 2000kms away from Moscow, a freight train arrived with the machinery, materials, and drawing boards. With this train came people with an impossible task to build a factory in the middle of a Siberian winter and produce combat sidecar motorcycles for the Red Army. M70 is based on the Retro model and is offered in sidecar and solo versions. M70 is not a copy of the original M72, but it bears resemblance to its veteran predecessor. The motorcycle is painted in olive drab, the sidecar has a machine gun mount and its tonneau cover is made of canvas similar to the one used on the M72. Just like the M72 it also includes a spare wheel and shovel. The tear drop gas tank is decorated with a replica of the original factory badge. The motorcycle features a tractor style seat and luggage rack on the rear fender. Each anniversary M70 also comes with a special commemorative plaque. While M70 keeps the aesthetics of the original M72, it is also an extraordinary road going sidecar motorcycle. The M70 comes equipped with 18” aluminum rims, 40 mm Marzochhi telescopic forks, Sachs shocks, Brembo front disc brake, and other modern features. A longer wheel base and lower sitting sidecar make this model the fastest and best handling Ural. 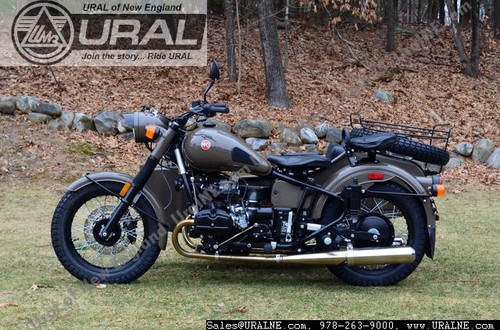